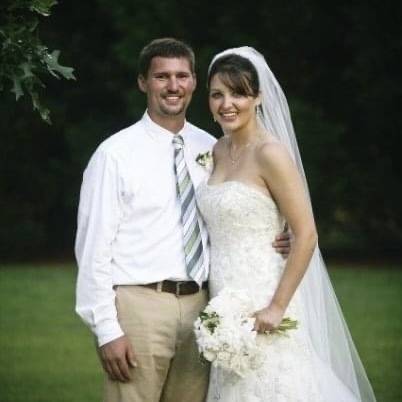 I know I was supposed to keep this to ten sentences, but I don't feel like our story is worth telling unless you tell the whole thing, so I apologize in advance for loving our love story so much. It never gets old seeing a person's reaction when we're asked how we met and we say "on an airplane"....

In August of 2008, I was living in Chicago post-college and about to fly home for the weekend to South Carolina for a wedding. Stephen was in his third year of vet school at UGA and flying home from a summer externship in California. After a series of delays and cancelled flights, he found himself on a layover in Ft. Lauderdale about to get on the same Atlanta-bound flight as me (which was not in his original itinerary). While walking onto the flight he noticed my University of Tennessee shirt and asked if I attended UT. After a long day of travel, I was tired and the last thing I felt like doing was chatting with a flirtatious boy, so I bluntly told him no, that I actually went to USC and the fact that he had on a Georgia hat meant we couldn't be friends ... and continued walking onto the plane. He was persistent, caught up to me right before we boarded and asked where I was headed. Once again I literally rolled my eyes and told him we were both getting on the exact same plane ... going to the exact same place.
Fast forward fifteen minutes into the flight, I was sitting quietly on a row by myself and down walked Stephen from the front where I could see he and his classmate had already been chatty with the middle-aged woman flight attendant. Stephen sat down next to me and continued to wear me down, to the point that I was actually enjoying his company ... although even if I hadn't been, I had no escape. We ended up talking the entire flight and when it was time to land, he got up, politely told me it was nice to meet me and asked for my last name, then returned to his seat. This was back when Facebook was becoming popular so I knew he would go home and try to "friend" me, but never be able to spell "Rudziensky". To remedy this I took my ticket stub that had my name printed on it, wrote "If you're ever in Chicago, look me up - go cocks!" and asked that same flight attendant to deliver it to him. She came right back, sat down next to me and said "GIRL! He was so cute! I was going to get his number for my daughter, but you go!" I laughed and told her all I wanted was to be Facebook friends ... little did I know!
I went home that night and told my mom I had met a boy on the plane, and although I don't think I said it at the time, I pretty much had a feeling right then that it was something different. I went about my weekend with wedding festivities, and when I got back to Chicago on Monday I had a FB "friend request" from him ... and the rest is pretty much history. I sat in my office on Michigan Ave. for the next two weeks while he sat in his vet school lectures and we FB messaged back and forth all day. After two weeks he asked if he could call me, and after two more weeks he asked if he could fly me back down to GA. On that first trip home I met his family and he drove me up to SC and met mine. We officially started dating in October (after meeting in August), got engaged in February and married in June, just ten months after that first plane ride. Thirteen years later, we've built a beautiful family and it honestly blows my mind to think that he is still one of my most favorite people to be with after getting married knowing each other for such a short time. God's hand is all over our story and it's truly my favorite.
I've included a picture of a poem a vet school classmate wrote about us while sitting next to Stephen as he was messaging me in class, along with my original plane ticket where I wrote my name (most of the ink is rubbed off because he carried it in his wallet for so long). There's a picture in front of the same airline that we met six years later, and then a Halloween where we paid tribute to Spirit and our friendly flight attendant (whom we would love to find and tell!). Then our precious family in our natural habitat today ;) We are truly blessed and I don't take any of it for granted. I recently discovered Yearly Co. and he started my stack this past Christmas by surprising me with three original bangles to represent our kiddos, and then really surprised me with an Etoile for Mother's Day - love them all so much and can't wait to continue collecting!!
My advice for any future bride is to choose to see the good in your husband every day. It will be easy to find the negative, the things that drive you crazy or that constantly cause you to nag him, but I promise if you focus on all of the positives, all the ways he serves you, loves you, provides for you, the hard days will be softer and fewer and farther between. 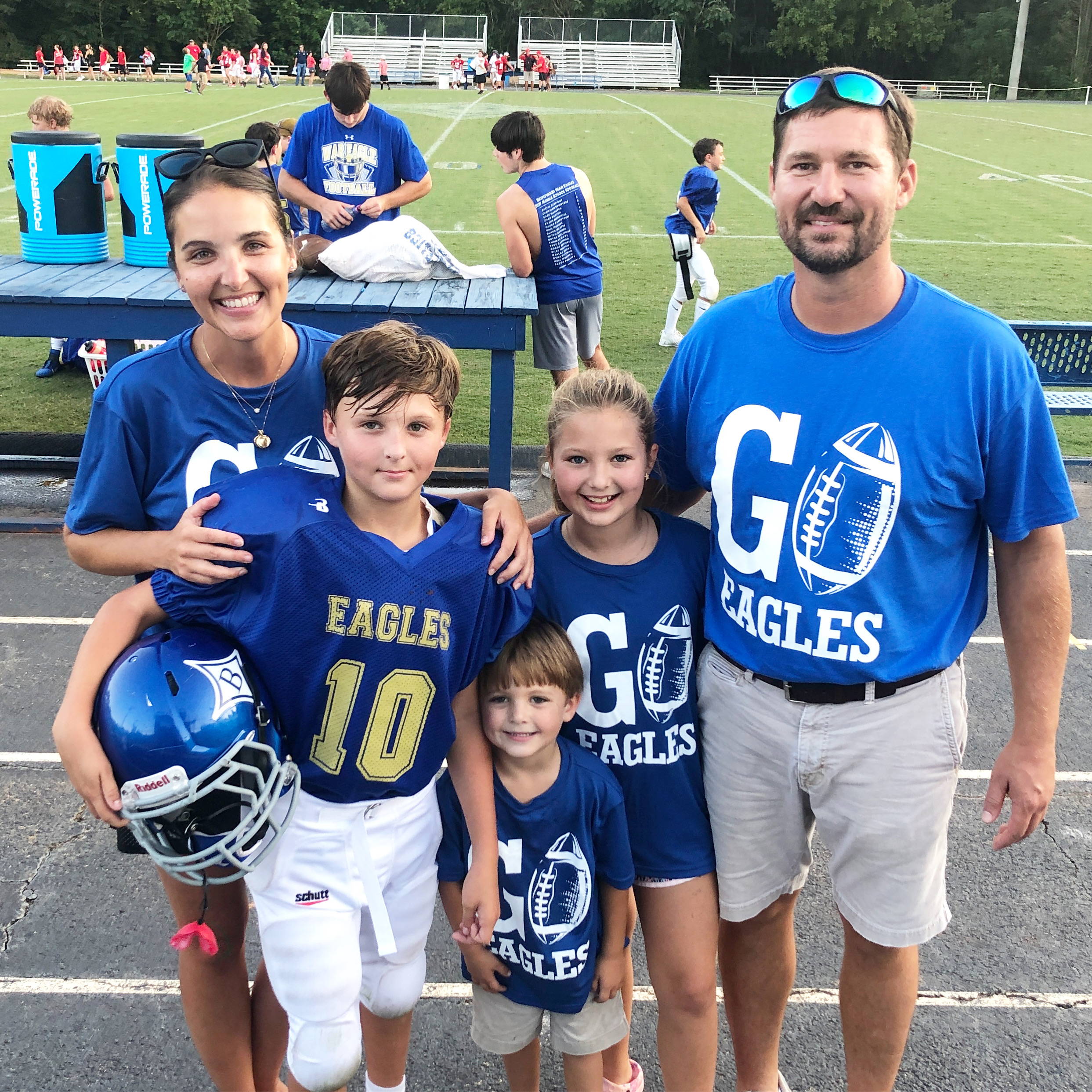 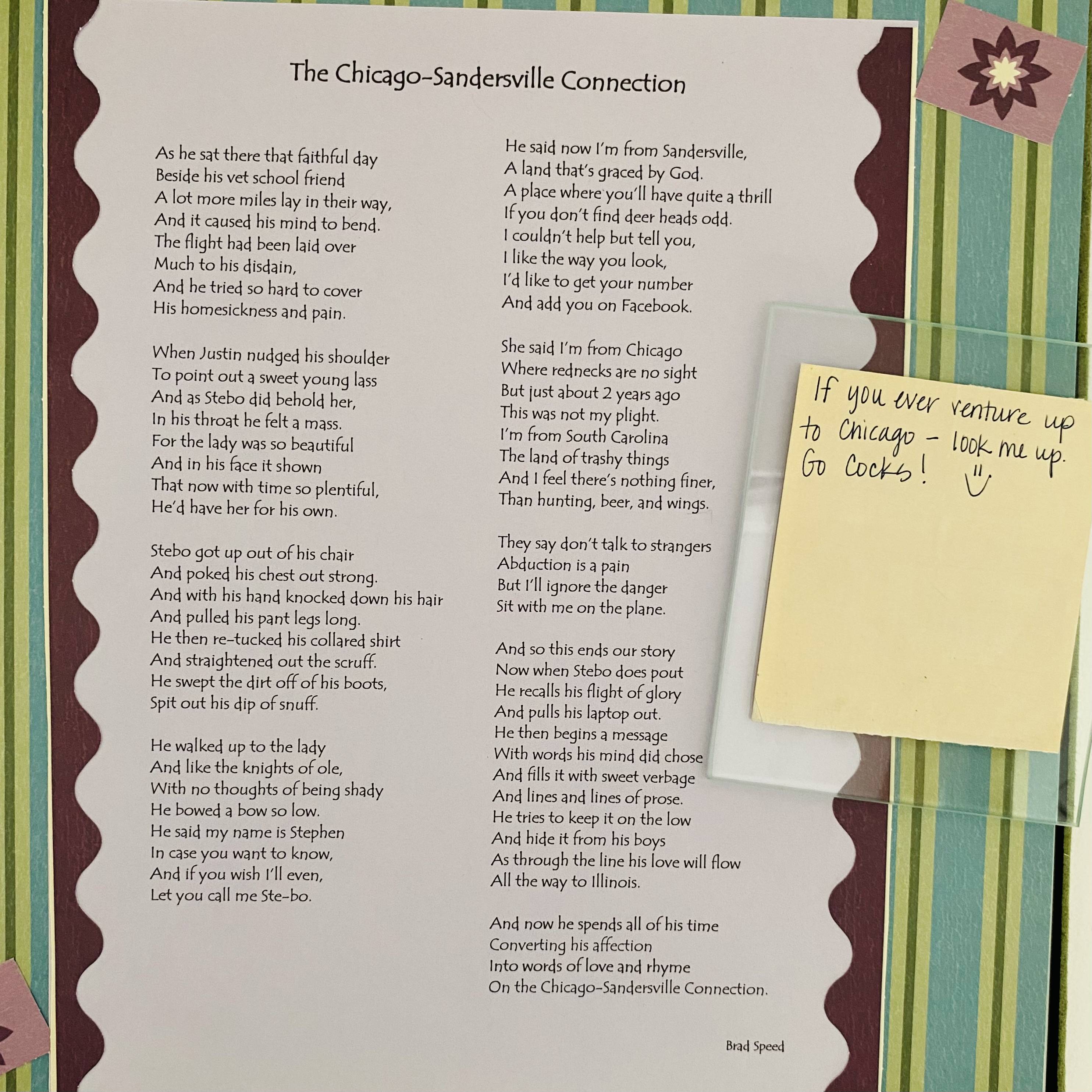 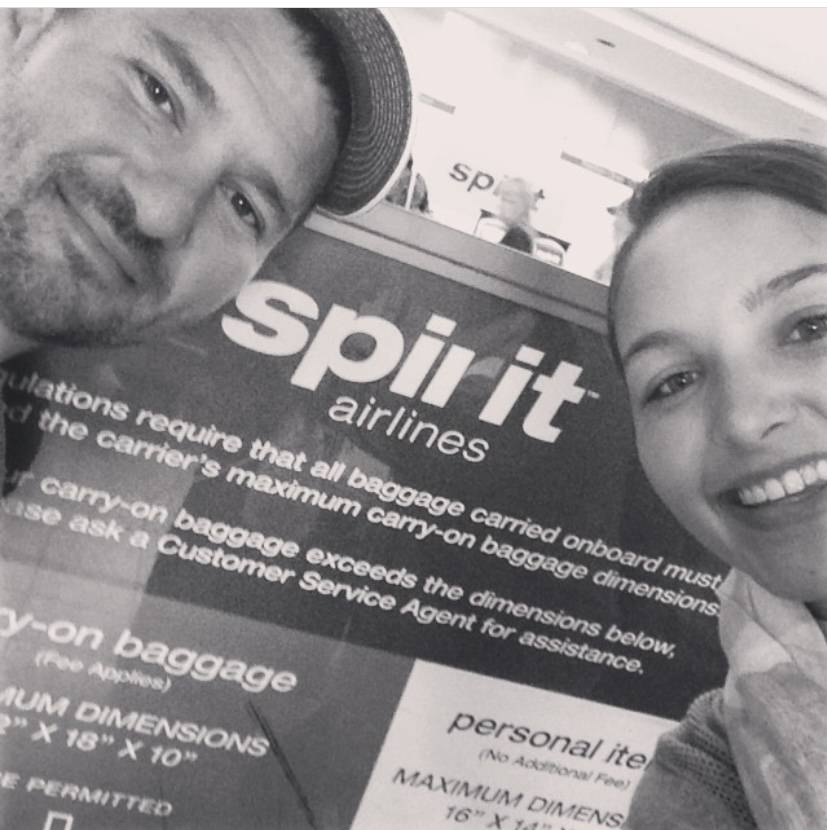 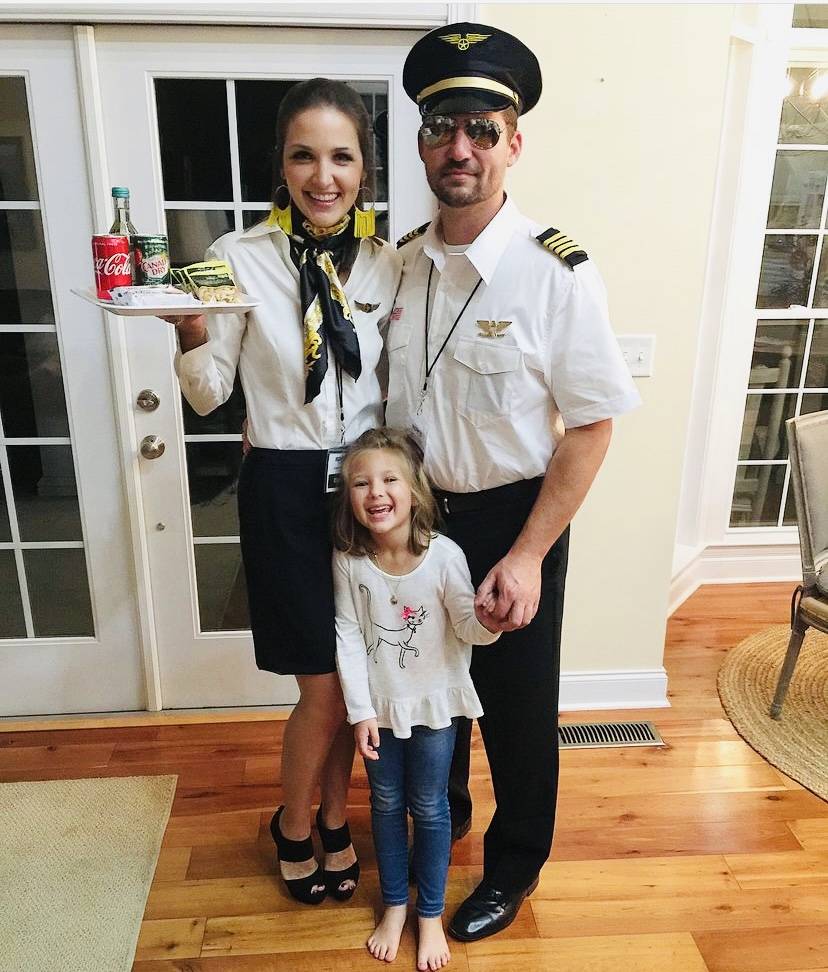